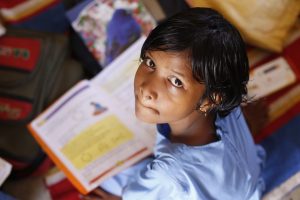 When working in the slum, the sisters often encounter children who are left alone, sometimes because their parents have left them, and sometimes because if they manage to get a job, their parents are usually absent from morning till evening.
They work as bricklayers, housekeepers, or other ancillary staff, and most often they collect trash that is suitable for recycling. They earn very little in these professions, hardly enough to buy food sometimes. These families do not have the opportunity to send their children to a quality school. Children do not have the time to go to school anyway, because they often also help themselves support the family by collecting useful trash.

The sisters wanted these children to have a better future and a good profession. They were aware that they could only do so with a good education. They want them to be able to study at the university if possible. If children could get a good profession, it could also help their parents in the slum.
Therefore, the sisters decided to house a group of 18-20 girls at their central house in Bangalore, who are particularly vulnerable, and send them to a good school. They plan to provide housing for these groups and pay for their education until the girls reach the profession.
The sisters are convinced that such long-term follow-up is the only really meaningful form of assistance to these children, as it is very often the case that children complete a certain level of education but do not have the money to continue their education and end up where they started: paid ancillary staff and in slum.

Initially, the girls had great problems at school. Before they came to the sisters, they were mostly on their feet and out all day. They were not even able to sit still for a few hours, let alone focus on lessons.
The first school that the girls attended refused to teach them, so the sisters were forced to hire a private teacher who, in their home environment, slowly managed to get them used to school-appropriate behavior.
The sisters spent almost all the money they received from NGOs to support the girls for the teacher. The government has contributed nothing to this project.
The sisters then sent the girls back to school. This time around, the girls’ school success was significantly different. Most of them are now very successful at school. One of them, Aadika, was even selected as the school’s best student last year.
The girls are now attending a school of good quality, but still relatively cheap compared to similar schools. They have lessons in English, which is almost a necessity in India, because of their colonial past. English is the second official language in the country and must be mastered perfectly for any profession requiring a little more education.

This, of course, is expensive, so sisters have to constantly deal with the problem of where to get money. It would be of great help to them if someone was willing to sponsor the education of one girl, if they were willing to take on the role of ‘godfather’.
Therefore, we appeal to anyone who would be willing to give slum girls a better future, to decide to take on sponsorship for one of the girls. This would be a great relief for the nurses in the long run and more opportunities to help other people in need.
Whoever chooses to become a “godfather” to the chosen girl also has the opportunity to visit “their” child. The sisters decided that a part of the St. Vincent’s House in Bangalore is dedicated to tourism so that they can raise more money for their poor, whose needs are always greater than their possibilities.
Even those who dare not take on more long-term sponsorship are, of course, warmly invited to contribute to our fund for the education of poor children. The sisters – and of course their occupants  – will be very grateful for any contribution you make to this end. 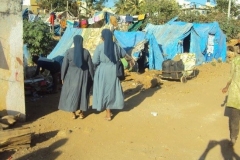 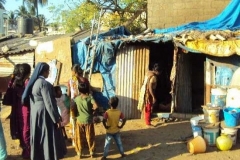 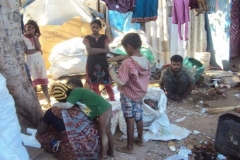 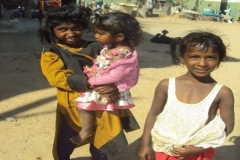 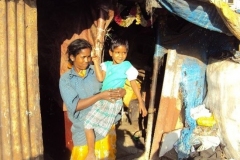 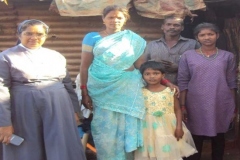 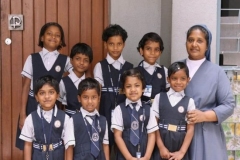 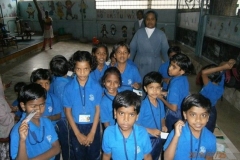 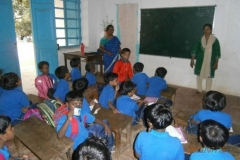 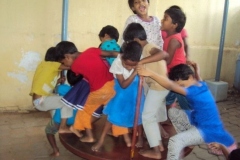 Certificates of two girls from the St. Vincent’s House