Helping the center for the mentally impaired

Help for a home for physically and mentally disabled women

At the sisters house in?          there is a community of 40 mentally or physically handicapped women and 4 sisters from religious order who care for them.
Many relatives never even visit this community, let alone contribute to it. Nor is the state contributing to them. Well, almost nothing. The state only allows them a discount on the purchase of rice for their occupants, at a price of 5 and not 10 rupees, as the normal price for 1 kg of rice would be.
Thus, sisters are completely dependent on the gifts of merciful people and on the help of their own religious order. The latter supports many other projects, so its ability to help is severely limited. Community in ?        would urgently need a car to enable the nurses to take their occupants to the hospital if needed, but there is no money for it. For now, they rent a car when needed, but, according to the head of the facility, Sister Jessy “the disease usually comes at night” and at that time they cannot rent the car.
Sister Jessy says that they are worried every month as to whether they will even be able to raise money for the medications that their occupants urgently need. For that alone they need about 30,000 rupees, which is about 400 euros a month.
They are also in a difficult financial situation because of some disabled patients whose  illness is sometimes suddenly aggravated.

Thus, for example, Prita, whose legs stopped growing in childhood and can no longer be used. Suddenly, she could barely move her fingers. The nurses took her to treatment, which helped to stop the disease at least temporarily, but it cost them EUR2000, which is already a very large amount for India.
Claire, another occupant of the sisters, has a completely deformed body since the age of three, so that she cannot use her arms or legs or lie down or sit. She “moves” in such a way that someone else brings her and then puts her on the table. She understands everything and is very good-natured, and is always smiling, and like many other occupants, she cannot speak. Some time ago, however, a cataract began developing on her eyes. The nurses took Claire to a nearby hospital to have surgery on her eyes, but the hospital declined surgery because Claire could not be stretched so she could lie on the operating table. So Claire loses the last chance she has of communicating with the world around her, which she has left besides hearing. Claire might be able to undergo operation elsewhere, but there is no money for it.
Nurses can make use of every gift intended for occupants, so we are asking you for help. For the indicative amount of the contribution we have chosen EUR13.5, that equals the costs of medicines for all patients for one day, and of course we are asking everyone to contribute according to their abilities. Thank you very much!

Sister Jessy distributing medicines and Sunita, one of her occupants as our chauffeur’s babysitter 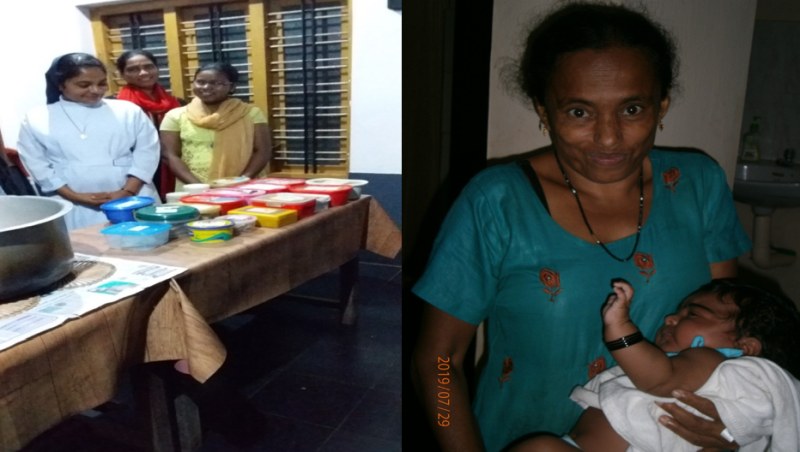 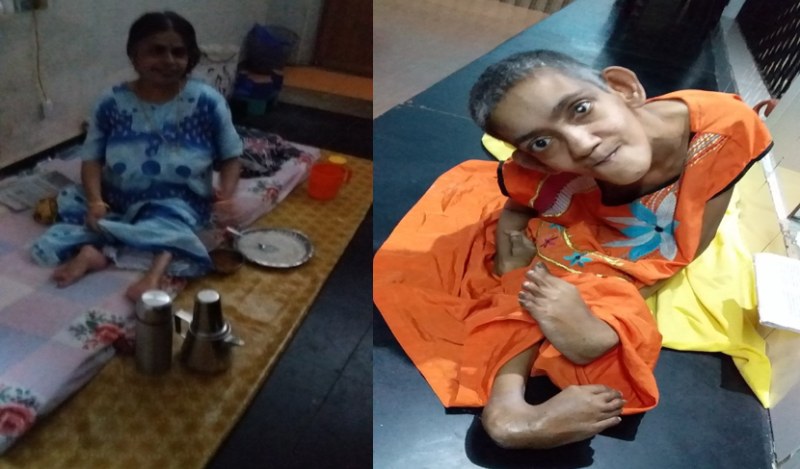